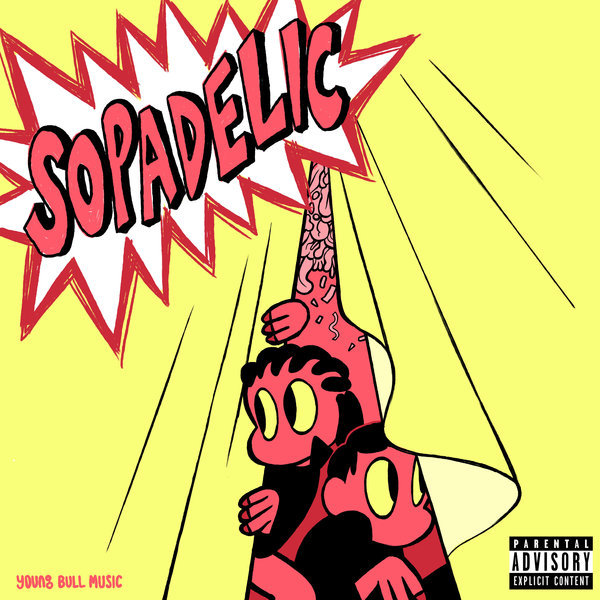 Started in the halls and locker rooms of Durham, North Carolina’s public arts high school, Young Bull began as a musical experiment by classmates Tahmique Cameron and Gabe Fox-Peck. Helped by Cameron’s soulful vocals and Fox-Peck’s savvy keyboard and production skills, they began performing at local talent shows and recording songs in Fox-Peck’s bedroom under the simple moniker “Tahmique and Gabe,” quickly developing a devoted following of fellow students and friends. With a slew of talented North Carolina jazz and funk instrumentalists behind their energetic live performances, the hip-hop outfit soon gained traction on the Raleigh/Durham music scene, selling out their first major show in the spring of 2015, attracting the attention of local bloggers and bookers alike.

2016 ushered in a new era for Young Bull, marked by increasing crowds and notoriety with the release of their debut studio album, Sopadelic, on all major music distribution services and the addition of Raleigh-based rapper Christian Sinclair to the ranks. Meriting comparisons to Anderson Paak and the Internet, the overwhelming success of Sopadelic helped push Young Bull into the national spotlight. Using a packed album release party at Durham’s premier music venue Motorco Music Hall in July as a springboard, Young Bull has been touring up and down the East Coast ever since, growing their fanbase from Brooklyn to Asheville while scoring over 250,000 digital plays for Sopadelic on Spotify in less than six months. With a brand new EP set to be released and a host of festivals lined up, 2017 is shaping up to be Young Bull’s biggest year yet.

This is one artist you really need to follow